When others fail me, and when I fail too, how can I know God won’t give up on me?

God’s actions in history are recorded in the Old Testament through the story of the Israelites. Psalm 78 is a long reflection on these actions, and it observes a cycle that repeats over and over: God rescues his people, provides for their needs, judges their rebellion, and is merciful towards them. Throughout this rhythm in the Psalm, a key theme emerges: God perseveres with people. He never gives up on them, and his compassion always has the last word.

Two things that stand out:

(1) God brings justice to the oppressed. Look at how God unleashed his anger on the oppressor of the Exodus, Pharaoh (v40-53). We can be sure that one day God will unleash his hot anger on all oppressors, and it will be just, so we can be patient for it.

(2) God shows compassion to those who repeatedly reject him. The people of Israel rejected God’s love again and again. And yet, although his anger is just, it is not endless (v9-37); he always showed them mercy (v38-39). We also deserve his justice, but he has shown mercy and offers his Son Jesus to all of us. Jesus drank the cup of wrath to its dregs on our behalf, and through him we can draw near with confidence in our hour of need and know that God is our Shepherd (v52), that he will provide for us (v15-16, v27), and that he will guide us safely (v53). What a compassionate God we have!

PRAYER Thank you God that your righteous anger rages against injustice, and oh how it should. Bring justice to our nations, and give us patience to wait for it. And yet, how aware I am of my own rejection of your ways! Forgive me today, and through Jesus give me assurance that you are for me and you will take care of me. Amen.

A maskil of Asaph.

1 My people, hear my teaching; listen to the words of my mouth.

2 I will open my mouth with a parable; I will utter hidden things, things from of old –

3 things we have heard and known, things our ancestors have told us.

4 We will not hide them from their descendants; we will tell the next generation

the praiseworthy deeds of the Lord, his power, and the wonders he has done.

5 He decreed statutes for Jacob and established the law in Israel,

which he commanded our ancestors to teach their children,

6 so that the next generation would know them, even the children yet to be born,

and they in turn would tell their children.

but would keep his commands.

8 They would not be like their ancestors – a stubborn and rebellious generation,

whose hearts were not loyal to God, whose spirits were not faithful to him.

9 The men of Ephraim, though armed with bows, turned back on the day of battle;

10 they did not keep God’s covenant and refused to live by his law.

11 They forgot what he had done, the wonders he had shown them.

12 He did miracles in the sight of their ancestors in the land of Egypt, in the region of Zoan.

13 He divided the sea and led them through; he made the water stand up like a wall.

14 He guided them with the cloud by day and with light from the fire all night.

15 He split the rocks in the wilderness and gave them water as abundant as the seas;

16 he brought streams out of a rocky crag and made water flow down like rivers.

17 But they continued to sin against him, rebelling in the wilderness against the Most High.

18 They wilfully put God to the test by demanding the food they craved.

19 They spoke against God; they said, ‘Can God really spread a table in the wilderness?

20 True, he struck the rock, and water gushed out,

streams flowed abundantly, but can he also give us bread?

Can he supply meat for his people?’

21 When the Lord heard them, he was furious; his fire broke out against Jacob,

and his wrath rose against Israel,

22 for they did not believe in God or trust in his deliverance.

23 Yet he gave a command to the skies above and opened the doors of the heavens;

24 he rained down manna for the people to eat, he gave them the grain of heaven.

25 Human beings ate the bread of angels; he sent them all the food they could eat.

26 He let loose the east wind from the heavens and by his power made the south wind blow.

28 He made them come down inside their camp, all around their tents.

29 They ate till they were gorged – he had given them what they craved.

30 But before they turned from what they craved, even while the food was still in their mouths,

31 God’s anger rose against them; he put to death the sturdiest among them,

cutting down the young men of Israel.

32 In spite of all this, they kept on sinning; in spite of his wonders, they did not believe.

33 So he ended their days in futility and their years in terror.

34 Whenever God slew them, they would seek him; they eagerly turned to him again.

37 their hearts were not loyal to him, they were not faithful to his covenant.

38 Yet he was merciful; he forgave their iniquities and did not destroy them.

Time after time he restrained his anger and did not stir up his full wrath.

39 He remembered that they were but flesh, a passing breeze that does not return.

40 How often they rebelled against him in the wilderness and grieved him in the wasteland!

41 Again and again they put God to the test; they vexed the Holy One of Israel.

42 They did not remember his power – the day he redeemed them from the oppressor,

43 the day he displayed his signs in Egypt, his wonders in the region of Zoan.

44 He turned their river into blood; they could not drink from their streams.

45 He sent swarms of flies that devoured them, and frogs that devastated them.

46 He gave their crops to the grasshopper, their produce to the locust.

47 He destroyed their vines with hail and their sycamore-figs with sleet.

48 He gave over their cattle to the hail, their livestock to bolts of lightning.

49 He unleashed against them his hot anger, his wrath, indignation and hostility

– a band of destroying angels.

50 He prepared a path for his anger; he did not spare them from death

but gave them over to the plague.

51 He struck down all the firstborn of Egypt, the firstfruits of manhood in the tents of Ham.

52 But he brought his people out like a flock; he led them like sheep through the wilderness.

53 He guided them safely, so they were unafraid; but the sea engulfed their enemies.

54 And so he brought them to the border of his holy land, to the hill country his right hand had taken.

55 He drove out nations before them and allotted their lands to them as an inheritance;

he settled the tribes of Israel in their homes.

56 But they put God to the test and rebelled against the Most High; they did not keep his statutes.

57 Like their ancestors they were disloyal and faithless, as unreliable as a faulty bow.

58 They angered him with their high places; they aroused his jealousy with their idols.

59 When God heard them, he was furious; he rejected Israel completely.

60 He abandoned the tabernacle of Shiloh, the tent he had set up among humans.

61 He sent the ark of his might into captivity, his splendour into the hands of the enemy.

62 He gave his people over to the sword; he was furious with his inheritance.

64 their priests were put to the sword, and their widows could not weep.

65 Then the Lord awoke as from sleep, as a warrior wakes from the stupor of wine.

66 He beat back his enemies; he put them to everlasting shame.

67 Then he rejected the tents of Joseph, he did not choose the tribe of Ephraim;

68 but he chose the tribe of Judah, Mount Zion, which he loved.

70 He chose David his servant and took him from the sheepfolds;

71 from tending the sheep he brought him to be the shepherd of his people Jacob, of Israel his inheritance.

72 And David shepherded them with integrity of heart; with skilful hands he led them. 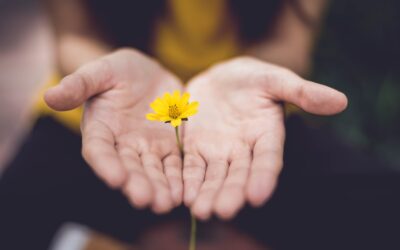 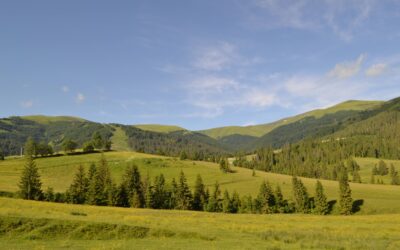 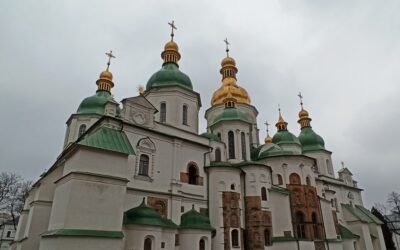